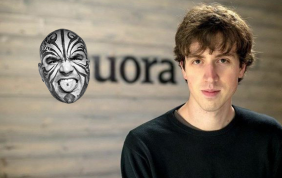 Hello from Loy Machedo – one of your Quora Users.

I never thought of writing to you but today after receiving yet another slap-on-the-wrist from your Moderation Team for something really silly, insignificant and minor  – I thought I should write this letter to you.

I am not banned however, I am pretty sure given how the Quora Moderation is doing its job – before I know it – I too will join the list of banned users.
And if that happens, I will graciously accept it.
I survived before I joined Quora.
I will survive online after Quora.

However, I feel something needs to be said to you and I think you should pay attention

The manner in which worthwhile & necessary policies are being implemented by the Quora Moderation boarders from being poorly implemented to shockingly outrageous.  And if this trend continues – it will be a matter of time before you lose all Great & High-Quality Quora Content Writers and you will be left with only New Comers, Visitors, Spectators & Readers.

So is this a big deal?

An Honest Letter to Adam D’Angelo – The CEO of Quora – Part 3
PART 3 – WHAT MAKES QUORA GREAT?

The strength and popularity of Quora is not its new visitors, it is not its views, upvotes or shares – rather it is strictly THE CONTENT. And to get worthwhile and creative content – you need Content Writers who dedicate their time, their effort, their creativity, their originality and their passion to your website.

But now – where on one side you have Content writers like me who love to push for Great Content with a view to get more followers, more views and more upvotes – we face a massive problem:

Now having youngsters spam us writers – can be controlled. However, having haters simply have their focus on any and every mistake we make with the sole intention and agenda to get us banned – well that cannot be controlled.

And then the biggest problem of them all….

And the biggest problem or your root cause is….Your Quora Moderation Team
A team of people (or bots) that no one can predict or control. And then with one email or message – all they do is throw their final verdict on the faces of Quora Content writers stating – “You are banned from Answer Edit” or “You are banned for a Week” or at its worst – “You are Officially Banned”.

An Honest Letter to Adam D’Angelo – The CEO of Quora
PART 6 – ASK YOURSELF THIS QUESTION….

I mean seriously – would YOU want to continue contributing to a website where all your contribution, all your effort, all the time you invested, all the creativity you put – lies in the hands of a Moderation team – whom with one JUST ONE EMAIL can block and banned you forever?

Seriously – would you want to work for such a company?
Be loyal to such a brand? or
Become a Fan of such an Organization?

What you are forgetting is that Creative People, Thought Provokers & Talented Individuals do not like to work or stay in an environment that is suffocating and holding a gun to the heads of people giving them the undue pressure that they can ‘fired’ anytime.

And you should know this more than anyone else because you yourself are a Trend Setter, A Thought Provoker, A Creative Thinker and a Talented Individual.

If you were to start behaving like this in your company – how many people would want to work for you? Everyone will wait to find some place better and then jump ship. And this is EXACTLY what is happening on Quora.

Right now the buzz that most of the Quora users are talking about is – All-Great Quora Content Writers will eventually get blocked and banned. And you do not even need to take my word on it – just check the number of casualties that have become the victim of the infamous Quora Ban.

While you are focusing on the Business Side to keep Quora alive and afloat – the system that you have created to safeguard Quora to help it grow – is now poisoning itself internally. All your star and key contributors are being one by one slapped with blocks, bans and notifications. It kind of reminisent of being in school and having the teacher slap you for silly and ridiculous things.

Don’t this the wrong way – but right now – right this very moment if Facebook or Google created a platform like Quora – I can assure you – you will lose a major share of your contributors who are fed up of your Quora Moderation and Quora Policing. And that will spell the end of Quora.

Agreed you are a thought-provoker and trendsetter who has started a great movement – but without proper implementation, without your high-quality contributors and without your fans who love Quora and ready to bleed for you – Quora will not survive. It will just not. The online universe is very cold, calculative and cunning. And if you do not plug in the leak – your ship will become another Titanic. And all that will remain is a beautiful memory.

So I take this opportunity to request you – PLEASE STOP BANNING AND POLICING GREAT QUORA CONTRIBUTORS BY A POORLY IMPLEMENTED QUORA POLICY.

Rememeber Facebook, Youtube & Google are not great because they have a Moderation team that is just waiting to slap them with a “you are bad boy – so now this is a warning” every single time and then finally giving them a shocker one fine day “you are blocked from editing for a week”.

If this is what all Great Contributors have to fear – that they will be treated like children and be permanently banned after putting hours and hours of work – would you seriously – want to contribute to such a website?

How many people would continue being on Facebook & Youtube if this was how its top contributors were treated?

then do you seriously think people who are contributing articles, answers and quality answers for your website – FOR FREE would want to remain there?

An Honest Letter to Adam D’Angelo – The CEO of Quora
PART 12 – ADAM D’ANGELO – I KNOW YOU LOVE QUORA….

I may not love Quora as much as you love your company. But I do love Quora nonetheless. However, if you are not going to seriously address the Quora Moderation and its disastrous policy of Banning very talented contributors – you will be left only with the rest of the pack – the people who are not worth being jealous about, the diplomats and the ‘nicey-nice’ folks.

It will be a matter of time before another competitor to Quora does come along – and if they come out with the SAME platform but much better Moderation policy – I see everyone jumping ship.

An Honest Letter to Adam D’Angelo – The CEO of Quora
PART 13 – WHY I CHOOSE TO WRITE TO YOU…..

I wrote this letter to you out of the genuine frustration and disappointment that a website so amazing that can one day become even bigger and better than Facebook – is now moving in a direction which – if not correct will eventually result in its demise.

I hope you consider my genuine request and not only stop this BANNED policy – but also fully reinstate all those your Quora Moderation team has terminated from using Quora.

Adam D’Angelo – stop losing out on talented people.
I am not saying allow Hate Speeches or Racist Comments.
Neither am I saying STOP punishing people through edit bans.

All I am saying is:

Quora has the capacity to be one of the greatest website for people with various opinions & views.

Please change your policies SOON otherwise all it will end up doing is keeping 13+-year-old teenagers, average writers whom no one is interested to bother about and yes – once a while spectators who would visit your website and leave with no sense of loyalty or purpose. 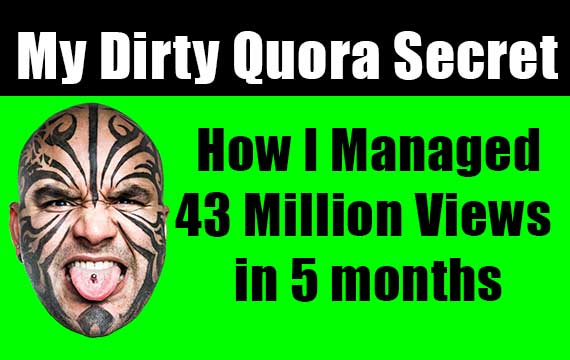 Quora Secrets: How I managed 43 Million views in 5 months