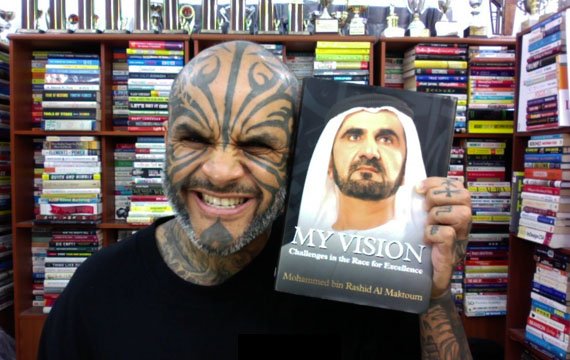 Being a rather detailed book analysis & review, please refer the table of contents to make your selection if you wish to read only the short summary of the this book.

If you are not interested in the detailed review – please skip to Part 6 & Part 7 where I summarize the book without going too much into detail. And given that I stayed in UAE for nearly 40 years of my life – I couldn’t help but admire this man. A larger than life personality. And irrespective what anyone would say or make claims about him – I absolutely admired him.

In fact, I would go a step further and say Sheikh Mohammed is Dubai & Dubai is Sheikh Mohammed. They both are inseparable in their identity, their personality & their essence.

Mohammed. Sheikh Mohammed built Dubai brick by brick through his vision, his wisdom and his leadership. And no matter what anyone says – He accomplished something that by any means can be considered ‘impossible’. Its not everyday you know of a single individual who could transform a desert into a magical paradise that everyone in their lifetime wishes to visit at least once and a place where millions, if not billions wants to work, live and experience for at least once in their lifetime.

So in my eyes, Sheikh Mohammed is truly a global icon, an exemplary leader and someone I look up to.

However, that doesn’t mean he is without his imperfections & issues. He has had his up’s & down’s and dirty little secrets. However, in this article, I am not going to get into all these controversies and petty issues simply because I choose not to. And neither will I address 2 of his biggest controversies:

In my personal experience, I have known one thing – where family matters are concerned, there are too many variables, too many angles and too many personalities that come into play.

So let’s not play favorites here.

You, your family and your family members are not perfect. And just as you wouldn’t like outsides commenting & giving their opinions into your private family matters – lets not discuss about Sheikh Mohammed’s Personal life, Family life and anything else which I can categorize as ‘none-of-your-fucking-business’.

So having said that – lets begin. In a nutshell, the book:
Is divided into 5 parts
And among these 5 parts – you have a further division into a total of 13 chapters.

PART 1: The Pulse of Development
CHAPTER 1: The Lion and The Gazelle

PART 3: Development for Survival
CHAPTER 6: The Banks of the Creek
CHAPTER 7: Minding the Minds
CHAPTER 8: The Importance of My Horses
CHAPTER 9: Positive and Negative Energy

PART 5: The Road to the Future
CHAPTER 13: The Race of Nations Chapter 8 – The importance of Horses Word Play in the Book

In the book, I found a number of paragraphs that really caught my imagination & fascination with the word play. Here are some of my favorite lines. Given that this is a book written by Sheikh Mohammed on his Vision and his Leadership, I wasn’t surprised that there wasn’t any mention about the mistakes or failures. After all – does Sheikh Mohammed consider anything a failure?

Please note – whatever mentioned here in terms of criticism is only limited to what was stated in the book. Right as I started this book review, I stated “Sheikh Mohammed is Dubai & Dubai is Sheikh Mohammed. They both are inseparable in their identity, their personality & their essence.” I think there is no greater truth than this. Today whatever we see of Dubai, has been achieved, accomplished and ascertained on the capable shoulders of Sheikh Mohammed.

The best analogy I can give you to explain the relationship between Dubai and Sheikh Mohammed is that of a Father & his 1st born baby. Just as the Father is possessive of his child, loves his child unconditionally, is prepared to kill and be killed for his flesh & blood – Sheikh Mohammed holds the same passion, the same obsession and the same unconditional love for his baby – Dubai. This is the city he has shed his sweat, his tears & his blood for and he will continue doing so until his dying day. And that is where the book proves nothing but a testament to that relationship.

Personally speaking, I found the book to be exactly like that – A book written by a Father to share his vision, his hopes and his belief in his child enumerating the past struggles, the present success and the future vision. And just as a Father who cannot see anything wrong with his 1st and only born child – Sheikh Mohammed cannot see any flaws in Dubai. And even if he does see them – he will choose not to address them – rather eliminate them and never talk about them – it is as if it never existed. And that is exactly what the book does – reminds the reader of the struggles of the past, presents the glory of the present and highlights the hopes & dreams of the future. Which is why you will not find a single statement, sentence or even a word that presents Dubai in a neutral state where its positives can be measured & compared to its negatives.

This book is more in line with the manner & method Dubai has been marketed to the world – a Perfect Paradise that you must come down to visit, to stay and to invest where the sky is the limit. It is a statement of human achievement,, happiness & hope. And that is where it concludes – with positivity, with celebration & with hope. So if you were looking out to get both sides of the story or at least an acknowledgement of mistakes – this book will not give you that story.

Overall, I enjoyed the book as an invitation to understand or at least get a glimpse of how one of the greatest leaders in the world – how one of the human beings whom I idolized & looked up to – thought, reflected, researched & processed information while keeping a steadfast vision for the future. And I can tell you honestly – I wasn’t disappointed. This book kept me interested, entertained and intrigued right up to the end and it gave me the sense of satisfaction knowing that I was able to have access to something he penned, he published and he promulgated to the world in the form of a book.

I consider myself lucky in that regard that I was able to finally read a book which I so eagerly wanted to complete and understand.

So if you are looking for a book that gives you the good, the bad and the ugly about Dubai, its achievements, the failures, its mistakes and its vision for the future – then this book will leave you disappointed – more akin to watching a two-thirds of a movie – where you see the first part and then the third part but are not given access to the second. And that will leave you immensely frustrated and feeling incomplete.

If however, you are looking for a book to understand the mind of an leader, a statesman & a creator of one of the most powerful Brands in the World – Dubai – well, this book if not everything will give you a rare glimpse into the mind of this elusive leader whom not many can claim access to. And yes, you will be happy.

I for one have seen the 2nd part which Sheikh Mohammed has tried to hide. Simply because I lived in Dubai, UAE for 40 years, So there are no secrets kept from me. That is why I am cool, calm and composed with whatever I did get. But for most, I doubt this is a book they would enjoy.

So having said that and given that I dedicated nearly 3 full days into understanding this book – I can say this nearly 5,000 worded review is proof enough that I am passionate about understanding the man I have so admired all these years and I do deep down still love Dubai – the city I called home for nearly 1st half of my entire life.

For whatever it is worth – Your Excellency His Highness Sheikh Mohammed bin Rashid Al Maktoum – Sir, I am honored to have read your book and presented my review.

Thank you for everything you have done for Dubai, for its citizens, for its expats and for me. OVERALL RATING
Let me be honest with you – I love and admire this man for everything he has done, accomplished and given his country. So even though “some” may not share my views or opinions about him – I still consider him one among the greatest leaders of our generation. And I will always be a secret admirer of his, though I am pretty sure given his image, his public persona and his brand – he would never want to do anything with the likes of me. Which is why I suppose whenever I was present in the same conference hall or venue that Sheikh Mohammed would visit (after a few days), I was always whisked away by security. After all my appearance wasn’t in line with what image the Islamic world would accept or approve of….which I totally understand.

So having said that…. let me give my final rating.
Given its ‘incomplete’ information & being one-sided in its approach – I cannot rate this book higher than 6.5.
So that’s where I will conclude this rather long & detailed book review.

I hope you enjoyed this book review as much as I enjoyed writing it down. 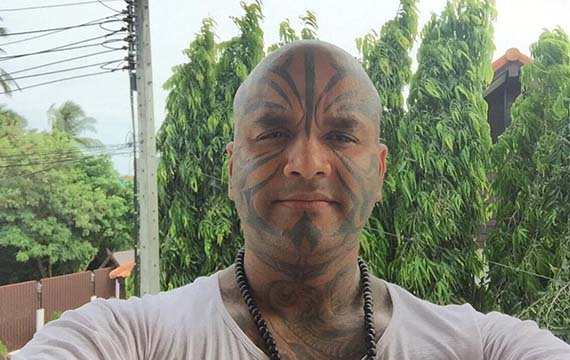 Dubai 2 Koh Samui – Why I am leaving The Most Luxurious City In The World To A Simple Village Life in Koh Samui in Thailand? 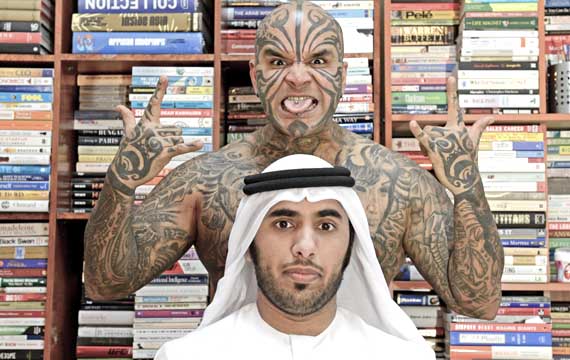 115 Shocking, Fun & Controversial Facts About UAE No One Will Tell You