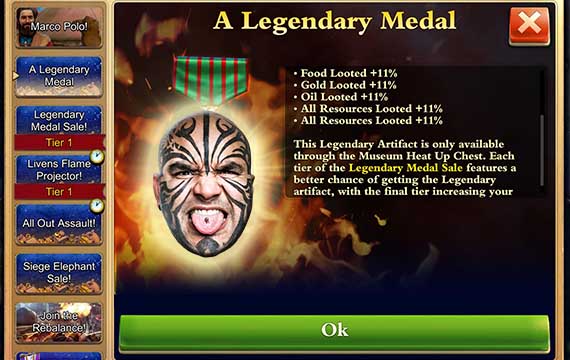 DOMINATIONS – LOVE AT FIRST SIGHT
When I joined Dominations 7 to 8 months ago, I was completely blown away by its game play, the strategy, the options, the concept & the characters. Each and every nation had its strengths & weaknesses, each and every solider, vehicle, defensive building, resource building & power had its own features and everything about the game was so perfect. And I couldn’t help myself playing the game at every possible interval. However, there was one massive drawback…. 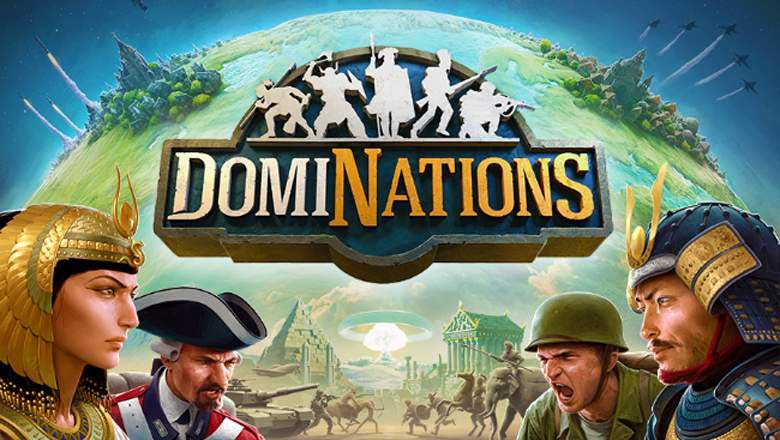 However, deep down in the pit of my stomach, I knew I had done something wrong. I couldn’t pin point what it was – but I knew I had spent more than I should have. Later on, after swallowing my pride and my eagerness, I checked my bank statement – only to be shocked. I had spent over $5,400 on a game – that too in just one hour.

WHAT I REALIZED WITH DOMINATIONS
The whole incident send shock waves through my body & mind. I seriously contemplated quitting the game. Being a family man, I always prided myself to having my head on my shoulders. And given that I had a wife and baby – both who were dependent on me, I never thought I would do something as stupid as this. In my younger days – yes, I had made many impulsive mistakes like this. But now at the age of 40, I held myself to higher standards.

However, I had committed the unforgivable mistake. And now what was done – was done.
I had blown off $5,400 in just one hour of playing and now I had a choice – to either quit this game entirely or continue playing it.
Seriously.

I spoke to my wife about it – admitted my mistake and finally, she told me – to continue playing but this time – to take it easy with the spending.

So I went back to playing. 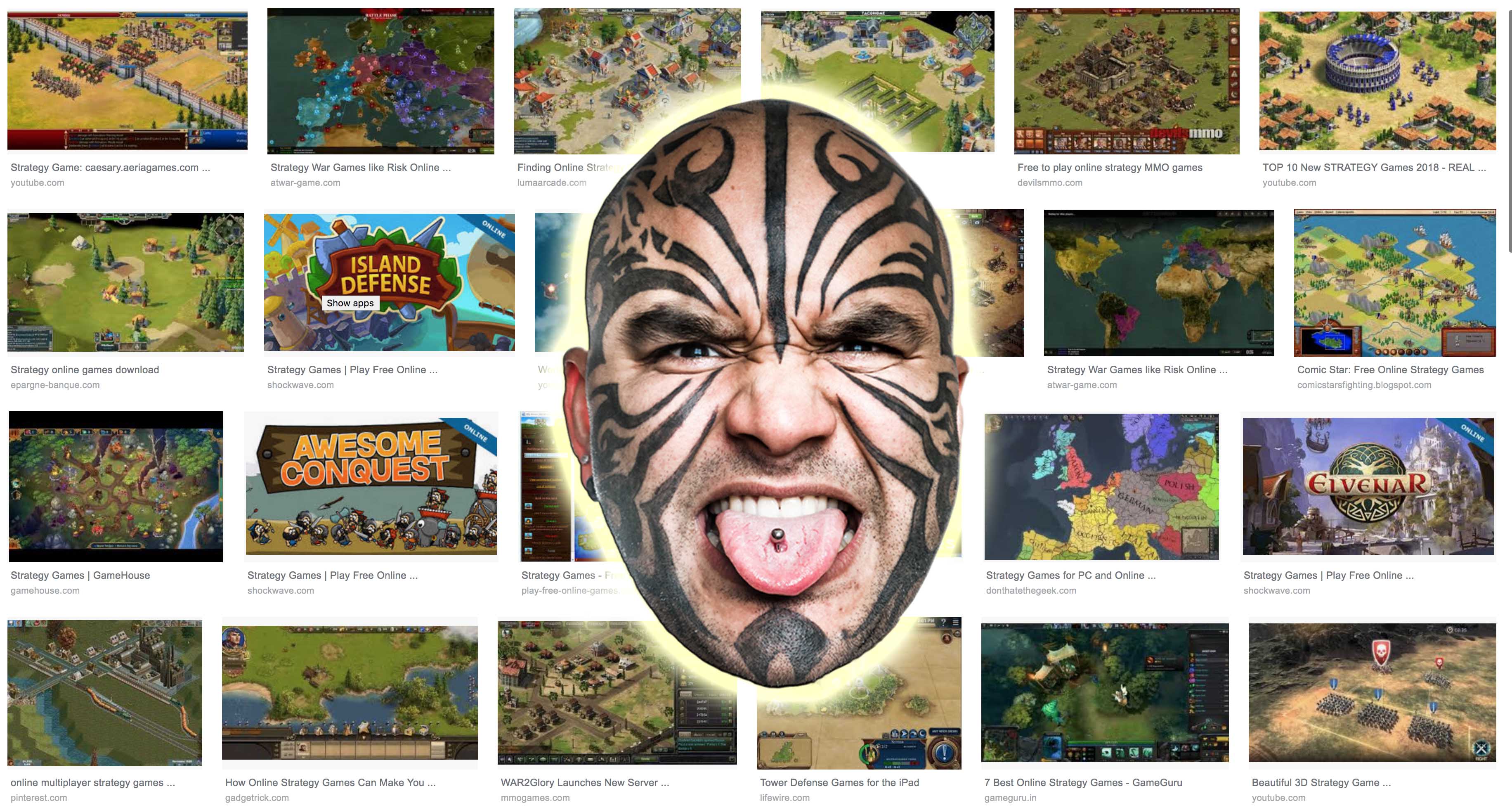 THE SHOCKING TRUTH OF GAMES LIKE DOMINATIONS
Over the next few weeks – I realized that if I had to grow, the only way to move forward was:

So now I was spending only when there were promotions (on crowns) or if there was worthwhile troop cards costing me $1 a piece. The rest I didn’t bother much. And this went on until one day Nexon announced its new upgrade – The Museum. DOMINATIONS NEW INTRODUCTION – THE MUSEUM
THE BEGINNING OF THE END?

Now where the Museum was concerned – it has ample room for artifacts which would help me boost my gameplay experience in attacks, or defense or the best one among them all – gathering resources. And I kind of loved the concept. But then one day Nexon released the purchase option whereby you could purchase a chest and you could win an artifact.

And then they started to come out with the “Tier” option where you started small say $1 for a troop chest and then the offer kept going higher and higher at every tier till it reached say $50 or $100 for a worthwhile troop chest.

Now these were good offers as they were transparent.

So I spend money on it. And this offer kept popping up at regular intervals.

But one fine day – Nexon came up with an offer…… DOMINATIONS NEW PAYMENT STRATEGY – “ROLL-THE-DICE”
You could “roll-the-dice” and try your luck to upgrade a specific feature
You would be offered a chest but with a ‘chance’ of winning a worthwhile powerful & rare artifact which would boost your entire gameplay
However BOTH the offers made it clear – this was ONLY a CHANCE offer.

Curious to see how I would fare with this – I decided to put in the money.
Soon, as I kept putting in money – I broke out into a cold sweat…. Was this a repeat of what I had done before? Was I spending money without knowing the end result?

I kept swiping my credit card – until I decided enough was enough.
I checked how much I had spend – around $1,000.
And then I checked what I had received…. 2 worthwhile artifacts but the rest – absolute rubbish.

And then I looked at my credit card statement – Was I really in a frame of mind to spend $1,000?
Didn’t I learn my lesson once?
Why was I doing this mistake again and again and yet again?

DOMINATIONS – THE NEW DIRECTION OF THEIR BUSINESS
I realized Nexon was exploiting the age-old strategy – The Gambler’s Luck
You keep spending money on a machine – again and again and again – eventually the machine will spit out all the money you put it. There will be small wins but there will be many losses – but eventually you assume you will win.

Here’s the reality
You can never ever ever Beat The House at its own game.
Eventually you will lose all your money.

And shockingly – this seems to be working right now.

However, the question is for how long?

QUESTIONS DOMINATIONS & NEXON NEED TO ASK THEMSELVES
In fact, here is the bigger question I have for Nexon:
– What is their strategy right now?
Suck a player dry as much as possible and eventually make him quit when he realizes he doesn’t have any more funds to pump into the game?

Where has the concept of longevity in the game gone?
The way Nexon is moving forward – is this what they envisioned?
Make this a gamblers game with a gamblers chance to win something worthwhile?

Don’t get me wrong – I strongly believe in spending money in a game. After all the developers have to eat food, feed their families and run an organization. And I absolutely believe – if I am enjoying a service – I will pay premium dollar for it. However, gambling is something I will not do, I do not believe in and I will not accept.

Given how Nexon has changed its strategy – this is what its moving towards. And there is no greater evidence of it than the special offer they came out with – A Legendary Medal. Where the chances of winning this medal starts off at 0.5% out of 100 and then slowly moves on and increases the probability of you winning it provided you spend more and more and more.

The question I have to ask myself and you have to ask yourself also is:
Are you comfortable spending say $1,000 to maybe even beyond on a game of chance for something you may and most probably may not win – just to enjoy a game play?

Just like how I had spend over $1,000 on trying to get a worthwhile artifact (2 of them) are you going to also put in $1,000 and see at what point do you get what you really want? What happens if you DO NOT get what you wanted at $1,000 mark? Do you continue spending more and more and more? The question is – where do you stop? At what point? DOMINATIONS – WHATS NEXT?
I absolutely endorse and support spending money on a game.
Why?
Because the team of developers, creative minds, technology enthusiasts & business personell have to be paid their daily bread and butter. And as people who use their talents & gifts for our entertainment – yes, we must support the gaming community.

However, if Nexon is moving towards becoming a gambling game where the goal is to exploit peoples weaknesses, their impulsiveness and their human nature without a social conscious to the extent where they don’t care if you spend till you go bankrupt – then I have a massive problem with such a company, institution & corporation. And you do not need to very far to know this kind of strategy eventually destroys companies – Look no further than the gambling casinos of Las Vegas, Enron & Lehman Brothers.

Personally, I feel NEXON under its new management has just one agenda and one agenda alone – make money and make tons of it when the sun shines. However, I can assure you this much – just as there are seasons – Nexon will also have to go through the various seasons of summers, springs and then to its autumn and finally to its winters. And it is during the cold seasons it would really have dig deep to know if it can survive or not.

Given how Nexon is now milking its loyal users and taking advantage of them for easy money – I see this “Apple” Strategy lasting only for a few years. It will very soon wake up a new generation of players who will say enough is enough – they will leave and finally a new company with a new vision that aligns with the values of the new players will come up.

DOMINATIONS – THE END?
We have seen so many games & gaming companies come and go:
Atari
THQ
Westwood studios

And right now Blizzard Diablo is also moving in the same direction. All I see in the end is that gamers will finally say – enough is enough and then quit the game to move on to better pastures.
Right now – I see the trend happening with Dominations.
Seriously speaking – it will be sad if they do not mend their ways and learn their mistakes or else we will have yet another dead game – which they could have made great. But followed the “lets make easy money” road.

I will conclude in the words of Gordon Gekko in the 1987 movie who said “Greed, for lack of a better word, is good.”
Sounded great and amazing.
In the end – we know what happened to him.

I hope the same doesn’t happen to Dominations. 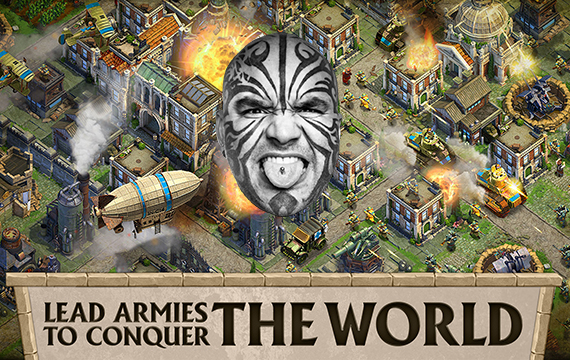